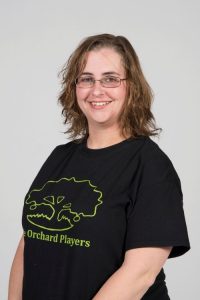 Hi, my name is Lynn Perera. I was an active member of The Orchard Players in my youth, regularly participating in summer shows and pantomimes.I rejoined in March 2014 when I took part in the summer show ‘Let’s Go to the Movies’.

I am now on the committee as chair person!

I am also one of the group’s choreographers creating dances for both adults and juniors.

I have been hooked by the performing bug since the age of around 8, performing with a local brownie group, through high school with the youth club pantomimes. I moved to Sproughton in the early 80s where I got involved in plays, directing panto’s for the local youth club and then performing in panto for many years with Sproughton Players.

My first panto with the Orchard Players was ‘Babes in the Wood’ as Maid Marion and have now played every role in panto (except Dame – will leave that to the boys!) and also regularly performed and directed for the group.

I also have a love of sewing and costume design and enjoy being involved in the wardrobe side of things. Being part of the committee I hope to represent the membership and see the group grow and evolve in the coming years. 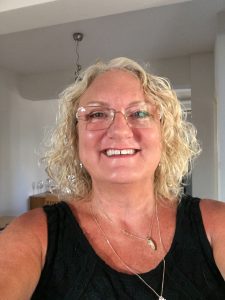 I co-directed with Rob Maplestone’s on his directing debut with Jack and the Beanstalk and with Cheryll Burton on two summer shows.

I also sing with the covers band Replay.

I love being part of the group because they are appreciative and welcoming to all and appreciate my past experience. 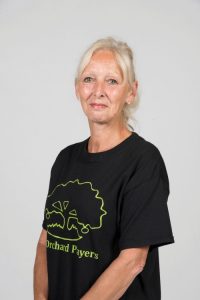 Being part of the Orchard Players since 2003 and a committee member for 15 years has played a major part in my life and is like my second family.

It has been such a pleasure to see new talent of all ages join our group even for a season, and I have had the pleasure of directing and choreographing many over the years.

Although I love to act and sing and have been blessed with many roles, my true passion is creating the costumes for our summer shows and pantomimes, hence overseeing our extensive wardrobe (which we are happy to loan out to other groups).

As an older member my aim is to encourage new members to bring new ideas so as to keep the group growing in strength and performing. 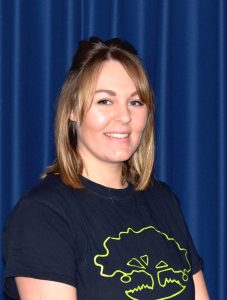 I’ve been part of The Orchard Players since I was old enough to join the group at 9 years old, performing for the first time in A Christmas Carol.

During my time with the group, I’ve been involved with almost every aspect of putting on a production, including performing in both principle and chorus roles, being part of the back stage crew, assisting with hair and makeup, choreographing for the group and, more recently, I’ve been part of the production team for both summer show and panto.

I joined the committee in 2018 as a way of giving something back to the group that I had enjoyed being part of for so many years. Currently I am responsible for updating our social media and website, as well as working with Judi (mum) and Jade on child protection. I’ve so enjoyed seeing the group change, evolve and improve over the years and it’s a pleasure to now be involved in helping to develop the group by being part of the committee.

I joined the Orchard Players in 2000, initially to have some space and time out from a busy working and family life. Over the years as my children got older they also joined the group as did my husband who provided backstage support for a number of shows. A testimony to the family approach within the group.

I was drawn to the group as I’d always been involved in music in some way or another since my school years. Over the years I have undertaken chorus as well as solo/principal roles and now more recently find myself in charge of backstage where I still can’t resist the urge to join in and sing!

This is my second stint on the committee undertaking the lead for child protection. As a group we are committed to providing a safe environment where everyone can enjoy themselves and thrive.

There’s drama both onstage and off, but it’s fun and it’s lovely to be a part of the group. 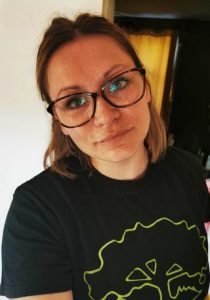 I joined The orchard players in 2018, as a chaperone, whilst my eldest daughter and husband joined, in their first production, which was Oliver! From that first show, we were hooked and they've both been in all the shows since 2018.

Each show, I've always been a chaperone, loving the backstage and the hustle and bustle of it all. When the committee stated that they were looking for new members I jumped at the chance to become a member. Orchard players is an extended family, with everyone playing a massive part in the whole group. You will find me at the rehearsals and backstage, helping the juniors, playing a vital part in safeguarding and child protection.